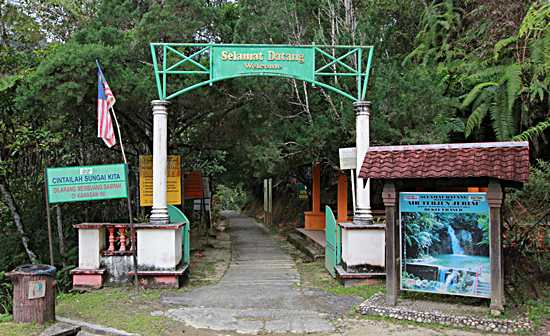 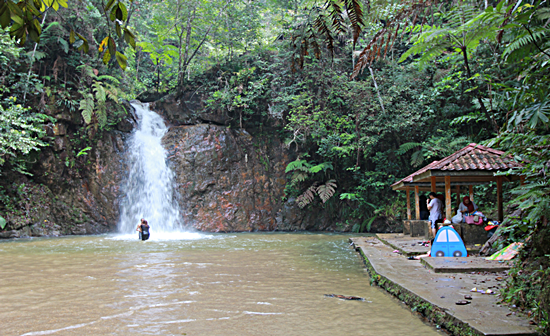 Jeriau waterfall is a popular nature attraction about 4.5km away from Bukit Fraser's town center, accessed through Jalan Semantan by a steep and narrow road that descends sharply after Smokehouse Hotel. As traffic is two-way but the road really fits a single lane, for the most part, visitors need to keep a close watch as they traverse down the slopes, with breaks at some corners to allow an exchange of vehicles. Eventually, the road ends at the car park and entrance gate. Originally a small river with rocky cascades, years of soil erosion and development have changed the natural landscape somewhat, with drains, structures, and walls occupying parts of the stream. 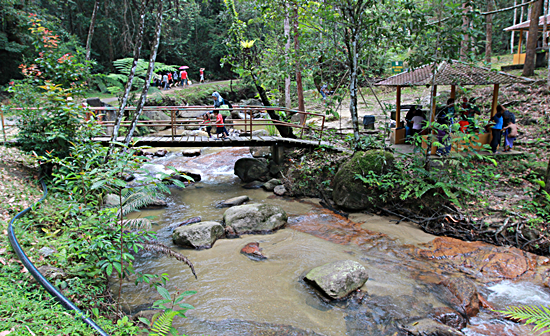 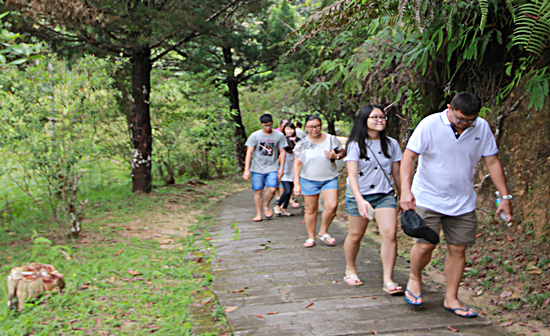 From the entrance, the trail to Jeriau Waterfall is spacious and well paved, following the river's edge past gazebos, benches, campsites and small playgrounds for children. After a five to eight minute walk, the path breaks to a steep descent by steps to the main falls. Here, the waterfall drops over several tiers of boulder outcrops, but only the last fall is visible from the thick greenery. This cascade feeds into a large but shallow pool dammed by concrete to hold the receding banks, but the waters can become very muddy after heavy rainfall. Several gazebos provide picnic spots around the waterfall, while restrooms can be found at the distant corner next to the steps.