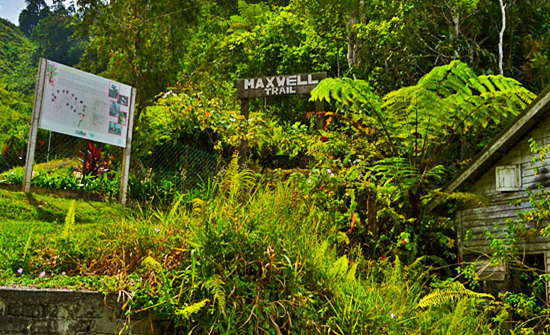 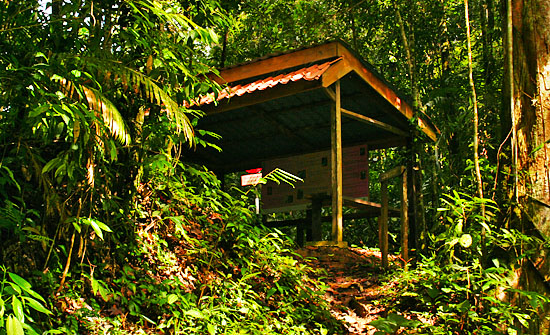 The Maxwell Trail is named after Sir George Maxwell, the British Superintendent Ulu Pahang in 1896/97 and later Chief Secretary of the Federated Malay States in 1920. It was during his tenure as the Superintendent Ulu Pahang (Sir Hugh Clifford was then the British Resident of Pahang and residing in Pekan) that the development of Fraser’s Hill took place. Both he and his wife and another friend, Lady Guillemard, took the greatest interest in the development of the hill station. In fact, Lady Maxwell Road, stretching from the roundabout off the Steakhouse to the Lodge, and Lady Guillemard Road starting at the town center to the junction of Girdle Road in  Peninjau Hill, were tributes to two determined ladies’ contributions to Fraser’s Hill. 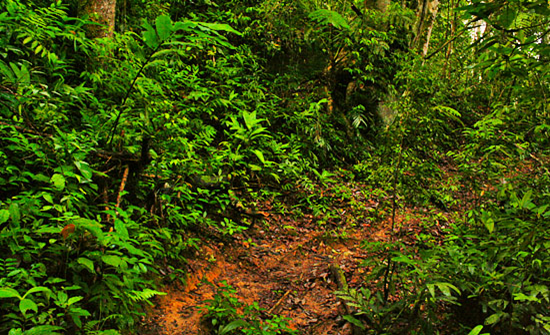 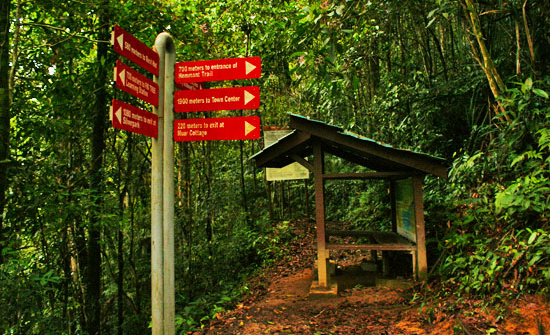 The trail begins at an opening immediately off the boundary of Whittington bungalow (owned by Guthrie Group) and Muar Cottage (owned by the New Straits Times), passes Cicely bungalow (now renamed Kuantan bungalow) and the Staff House (Jerantut) before taking a right turn below the Lodge and descend treacherously downhill past the Fraser’s Pine Resort condominiums to the compound of Tamil school (built in 1923, it is the oldest school in Fraser’s Hill) at the tail of Quarry Road. On clear days, parts of the two-kilometer trail especially below the Lodge, provide panoramic views of the distant valleys of Tras and Tranum with the foothills bordering the cultivated plains and parts of the Titiwangsa Range to the east and the majestic Peninjau Hill clustered by satellite dishes mounted on lofty steel towers, to the southeast. The 200-acre jungle plot allocated to the Forest Research Institute of Malaysia for forestry research purposes is located on the hill opposite.

The trail was opened in the last few months of the Great War of 1919 by the labourers, then residing at the `Labour Lines’ (now Fraser’s Pine Resort condominiums), halfway at Quarry Road, to enable them to listen to the news of the war from the only radio owned  by E.J Hancocks, an English miner residing  at Whittington bungalow. It was later abandoned when the Valley Road connecting Glen junction to Lady Maxwell Road was completed and used in 1926. The trail was completely abandoned in 1980, when the `Labour Lines’ was relocated to Taman Sungai Hijau, to make way for the construction the Fraser’s Pine Resort condominiums. The trail was reopened in early 1993 as an extension to the Bishop Trail.