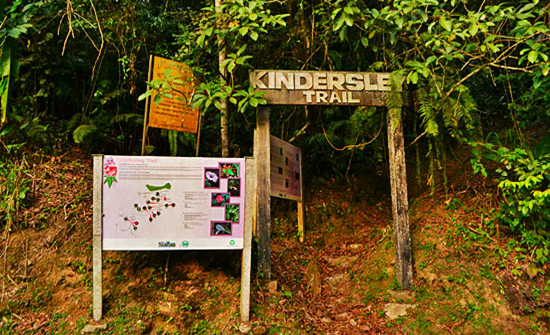 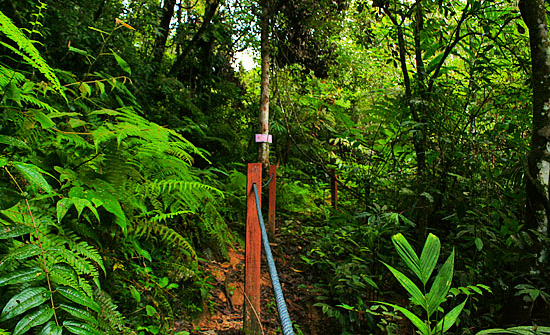 The Kindersley Trail is a tribute to R.C.M Kindersley, an outspoken unofficial member of the Federal Council of the Government of the Federated Malay States of Malaya, and a permanent member of the Fraser’s Hill Development Committee, chaired by Sir George Maxwell, the British Superintendent, Ulu Pahang. The Fraser’s Hill Development Committee, consisting of representatives from Engineering, Survey, Health and Town Planning and the Raub District Officer, was set up to monitor the development of Fraser’s Hill as a hill station for the British servicemen and women and other government officers. It was Kindersley who took great pains in presenting the necessary topographical survey reports (prepared by J.N Sheffield, an engineer from Survey Department) and other relevant paper works on the hill station and monitoring its development with the greatest interest. 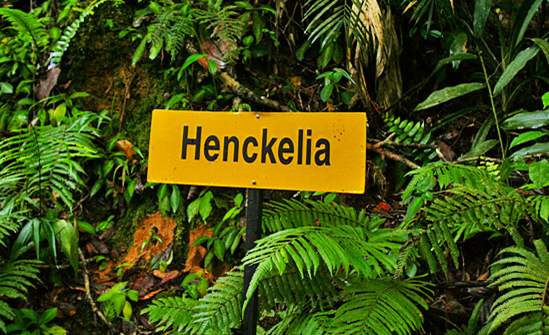 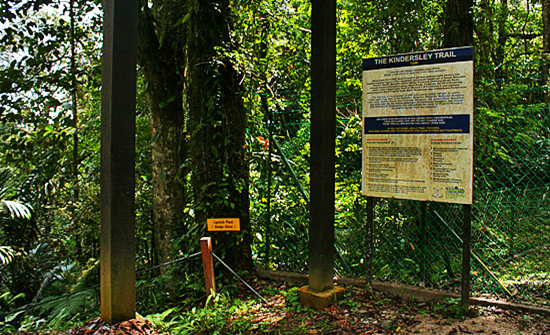 The 0.3-kilometer trail connects Lady Guillemard Road at Aubyn Corner (now there is a Telecom sub-station opposite the entrance of the trail) to the access road of the Methodist Mission bungalow which is located on the top of a majestic hill overlooking the town center and the golf course. Today, the trail is frequently used by the school children as a `short-cut’ to the Chinese school, which is located at Padang Road, in the Selangor side of the hill. Built in 1919, the same year when the police station of Fraser’s Hill was built, the trail was used by the British officials residing in nearby bungalows and cottages to attend prayers and gatherings held frequently at the Methodist Mission.