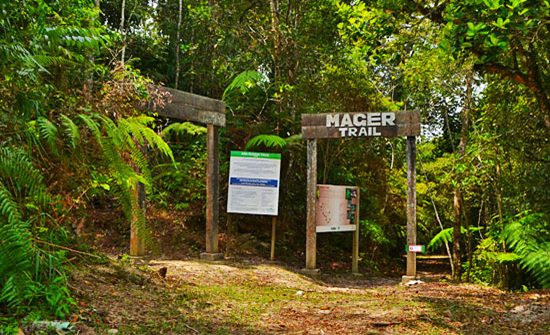 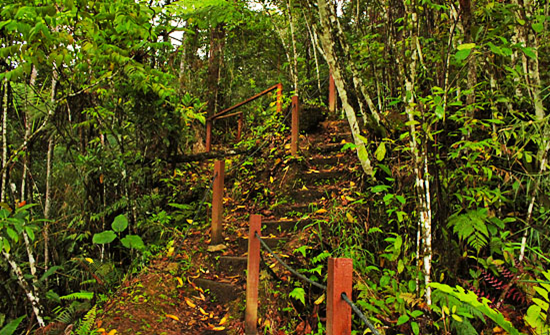 The Mager Trail is a tribute to a great engineer whose dedication, commitment and far-sightedness enable the once prosperous mining camp to be transformed into a charming little hill station of the future.The trail begins at the foot of a hillock housing a water distribution tank, just before Mallaig bungalow (owned by Shell Malaysia) at High Pines Road and ends at Maybank Lodge at the end of Ampang Road. Starting at the entrance at High Pines Road, it descends gradually towards Ampang Road and passes the upper banks of the deep and tranquil Allan’s Waters, once a reservoir supplying mountain water to the local population. A short distance away, next to Oleh Sayang and opposite the entrance to Jelai Highland Resort, is the opening to Abu Suradi Trail. 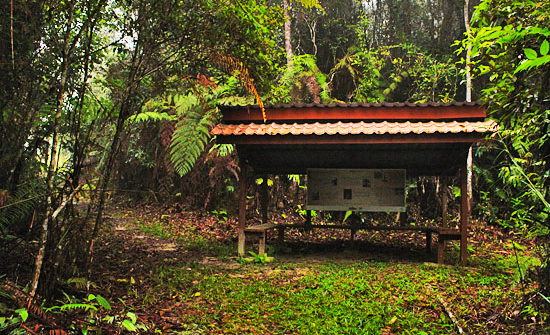 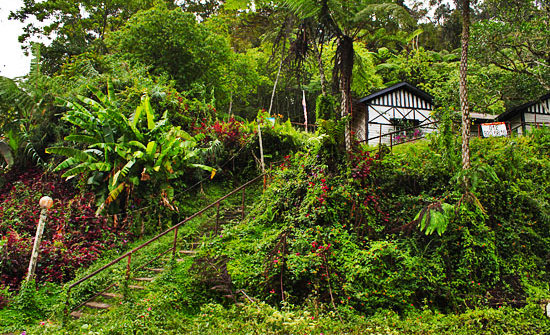 F.W Mager, from Newton, England, was a State Engineer with the Public Works Department of the State of Pahang from 1918 to 1922. In mid-1918, when the government of the Federated Malay States decided to open up Fraser’s Hill as a hill station for its officials and servicemen serving in Malaya and Singapore, Mager was entrusted to carry out detailed survey works and later development plans including opening up of bungalow sites and traces for internal roads.Despite the difficulties in hauling heavy machinery and other bulky equipment to the mountaintop especially when the construction of an asphalt road linking Tras and Kuala Kubu had just started by the Walsh brothers (Weston and Nugent), and acute shortage of manpower (the World War One was at its height), Mager miraculously was able to complete the Gap Road in time (it was a one-way road controlled by a gate system and completely usable in 1921), as well as opening up bungalow sites and clearing traces for internal roads. Being a member of the Fraser’s Hill Development Committee chaired by Sir George Maxwell, Mager enjoyed good support from the District Officers of Raub, A.S Small (1916-1918) and M.C Hay (1918-1919) who were also unofficial members of the Committee. He also had an able assistant, F.H Allan who was responsible for designing and constructing the water catchment lake (now a recreational lake called Allan’s Waters), which supplied fresh mountain water to the town.Mager left Pahang in February 1922 on a well-deserved promotion to be the State Engineer, PWD Engineer, Perak and was succeeded by W.J.D Pinkerton.

By 1919, Fraser’s Hill was visibly transformed from an abandoned mining camp into a charming little highland retreat, with more and more bungalows and cottages being built, either from the government’s funds or private enterprise.Besides the trail, Mager’s name was also immortalized as a name of a road linking the upper gate to the Singapore House, on the Selangor side of the hill. Indeed, Mager’s contributions towards the development of Fraser’s Hill were so invaluable that Fraser’s Hill could not be as it is today if the great engineer and pioneer had succumbed to the unimaginable difficulties and tremendous pressures he faced at the earlier stages.